Multitek was founded in 1989 by expert entrepreneurs and has become a leading technology company of Turkey and surrounding regions. Multitek was established as a limited company, and then changed to a corporation. Since its establishment, Multitek has focused on electronic communication device development, production, sales and after sales services. The company has become one of the most important manufacturers of the telephone exchanges and intercom systems in Turkey starting from the 2000s. Today, Multitek has more than 150 employees, 8 branch offices in Turkey together with more than 500 dealers providing sales and after sales services. Multitek also exports to more than 20 countries including Middle East countries, Africa, Balkans and Asia. In 2013, Multitek has moved to a new manufacturing plant located on 7.000m2 closed area in Istanbul Sancaktepe with extended manufacturing capabilities and smart factory features including SMT and assembly lines. Multitek’s core competency is based on developing its manufacturing products by its own R&D department. Multitek is investing more than 4% of its revenue to R&D activities. Multitek R&D is currently focused on smart home / building systems, internet of things (IoT) and tele-health.

Everything should be as simple as it is, but not simpler as you 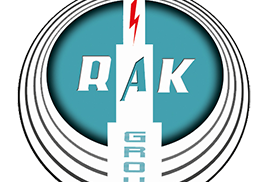